As a young man, Brock Leach was advised to gain life experience before entering the ministry. This he did, working 24 years at Frito-Lay and serving as its CEO. Now, he’s followed the calling he had in high school: He’s become a Unitarian Universalist minister. 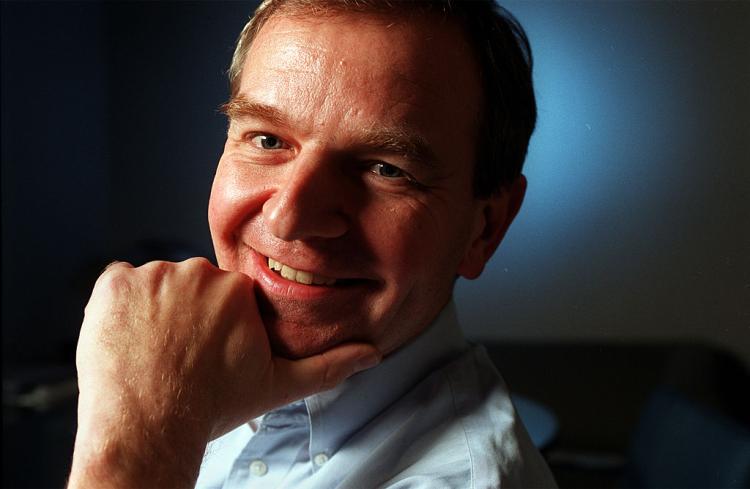 Brock Leach is shown in 2000 in Los Angeles International Airport, when he was president and CEO of Tropicana Products Inc. He left the corporate world in 2006 to become a Unitarian Universalist minister. Photo: Getty Images.

The University of Colorado Boulder was his first stop as he launched his first career and, he says, instrumental in establishing his second.

Leach began to bloom upon entering high school the year his family moved to Colorado. He was exhilarated to have moved from crowded, sub-par schools in Michigan to the excellent and (then) small Lewis Palmer High School in Monument, where he would graduate with a class of just 78 and earn a prestigious Boettcher Scholarship.

He also found liberation beyond school walls, through a church youth group engaged in outreach, or what is now often called social-justice work. The group traveled around the state to do stuff like work alongside migrant farm workers, serve at a detox center, and help build a Head Start center in Conejos, Colorado.

“The guy who set it up believed that the work of the church happened in the world, not in the church,” Leach says. “It was a liberating experience to actually go out and do something in some small way to make a difference for somebody else.”

Leach was so moved that he pondered going into ministry, but his minister mentor suggested he first gain more life experience.

“He said, ‘I want you to keep doing what you are doing. Ministry can happen later. Go try different things,’” Leach recalls.

The liberal arts gave me a framework for acquiring knowledge for whatever I wanted to do down the road. And the experience I had in those four years, the people I met, the life stories I touched, all helped me figure out who I was and allowed me to steer a career of my own making.”

“I’ve always been interested in big-picture questions,” he says. “What is the meaning of life? What are we doing here?”

Leach’s journey began at CU Boulder, which he chose over nearby Colorado College because, “I wanted a more cosmopolitan experience.”

“CU was an incredible opportunity for me to experience life on so many levels, and in the process learn so much about myself,” he says.

Besides the usual rigors of attending class and taking tests, Leach had gigs as a night janitor in a molecular biology lab, at a summer camp on campus and working the red-eye shift as a desk clerk at the late Rodeway Inn motel.

“Everything in the world that happens in the middle of the night,” he says wryly, “happens at the Rodeway Inn.”

He also found time to serve as co-president of the College of Arts and Sciences student government and work on the student guide and other publications.

Intending to pursue a career in nonprofit or human-services administration, he went on to earn an MBA at the University of Chicago. But with no great prospects in human services on the horizon after he graduated, he worked briefly in hospital administration, then took a job with snack-food giant Frito-Lay, owned by PepsiCo.

“I thought I’d be there for a couple of years,” Leach says.

He made the most of those 24 years, rising all the way to CEO of Frito-Lay North America. Leach’s tenure as CEO covered everything from the curious rise and fall of Olestra, a calorie- and fat-free fat-substitute developed by Proctor & Gamble, to his “claim to fame as the father of Tostitos restaurant-style” tortilla chips.

“You’d be surprised. A lot of science goes into the processing to make a fresh, fragile, crisp chip,” he says. “That became a huge business.”

I’d done what I wanted to do. I was really lucky; I could afford to quit and go to seminary,"

He also served as CEO of Tropicana shortly after PepsiCo acquired the beverage maker in 1998. He was later named chief innovation officer for PepsiCo, tasked with improving the “healthfulness” of the company’s global product portfolio and overseeing its public health and wellness policy. 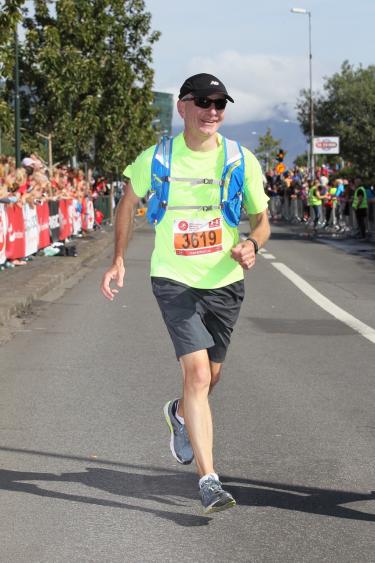 Through it all, Leach never forgot the powerful experience of helping others he’d experienced with his church youth group in Monument. After many years atop the corporate ladder, he thought he might just have accumulated enough life experience to pursue his dream of ministry.

“I just got to a place where I was really grateful, and I’d done what I wanted to do. I was really lucky; I could afford to quit and go to seminary,” he says.

His children having graduated from high school, he went on to earn a Master of Divinity degree at Meadville Lombard Theological School, a Unitarian Universalism seminary in Chicago. Historically focused on social justice, the Unitarian Universalism denomination emphasizes spiritual growth over creed, going so far as to accept members who are atheist or agnostic.

“We are fundamentally humanist,” Leach says of the church. “All of our principles emphasize the inherent worth and dignity of all people and our interdependence with one another.”

“They feel a need to be in a community. But what they don’t want is to go somewhere on Sunday morning and have somebody preach at them,” Leach says.

Many such people are finding and building community in everything from fitness classes to group meditations. Rather than try to funnel such people toward a more traditional church setting, Leach says the goal is to “help the denomination lean in to support these innovators.”

He credits not just his liberal-arts education, but also his broad, real-world experience at CU Boulder with preparing him for his two divergent careers.

“The liberal arts gave me a framework for acquiring knowledge for whatever I wanted to do down the road,” he says. “And the experience I had in those four years, the people I met, the life stories I touched, all helped me figure out who I was and allowed me to steer a career of my own making.” Alumnus’ ski trip inspires an insight that could help give the world’s poor better vision. END_OF_DOCUMENT_TOKEN_TO_BE_REPLACED T. Noel Osborn credits CU Boulder for the ‘synergy’ in his 45-year career Upon graduating... END_OF_DOCUMENT_TOKEN_TO_BE_REPLACED He says his training in economics helped him understand the market forces more fully. END_OF_DOCUMENT_TOKEN_TO_BE_REPLACED
Tags:
Return to the top of the page