The Leeds School of Business Alumni Career Webinar Series provides online learning from thought leaders and industry experts who discuss topics for business professionals about finding a job you love, getting and giving feedback, taking the entrepreneurship plunge, understanding the latest faculty research, and more.

Because these webinars are recorded and made available online, you can access them anytime, anywhere, and as often as you like. 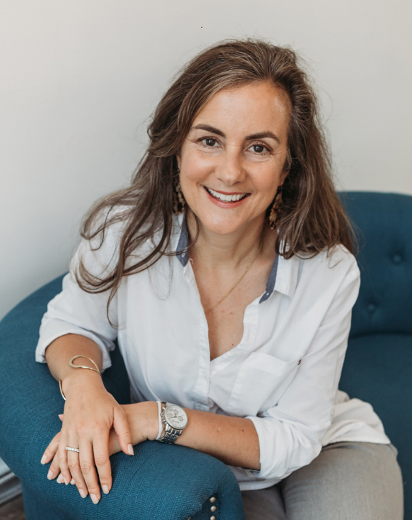 Mind Your Mental: Work-Life Balance in 2022

Description:
Because of the trend toward some version of remote work, have you found yourself constantly connected to your job? The majority of salaried employees typically work overtime or on the weekends. This has been exacerbated in some cases because of the pandemic. While our jobs are a big part of our lives, it's absolutely necessary to take a break and find balance. It's too easy when you're able to work from home to get caught up in work and allow those activities to bleed into our personal lives. Additionally, with the anxiety that may come with returning to the office in person, many professionals are wondering how they can achieve and maintain work-life balance while working from home or when returning to the office.

In this webinar we will discuss:
• How to maintain work-life balance whether working from home, in person, or in a hybrid position.
• Tips for staying connected with your colleagues regardless of your work situation.
• How to stay motivated in any variation of work situation you find yourself in.

Hallie is a certified career coach, speaker, author, and national career expert with over 21 years of experience. Her company, Create Your Career Path, is headquartered in Atlanta, GA. She is regularly featured in the media (Forbes, CNN, Money magazine, WSJ) and has undergraduate and graduate degrees from Vanderbilt University and the University of Illinois. With over 2,000 success stories, her team of coaches and resume writers help professionals find jobs that make them want to jump out of bed in the morning to go to work. Her website is www.halliecrawford.com. 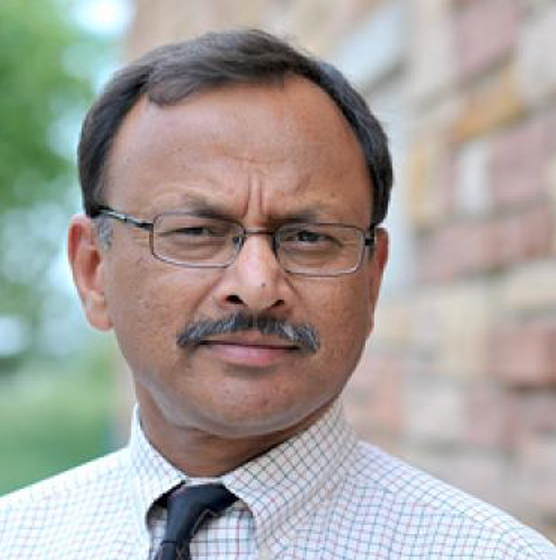 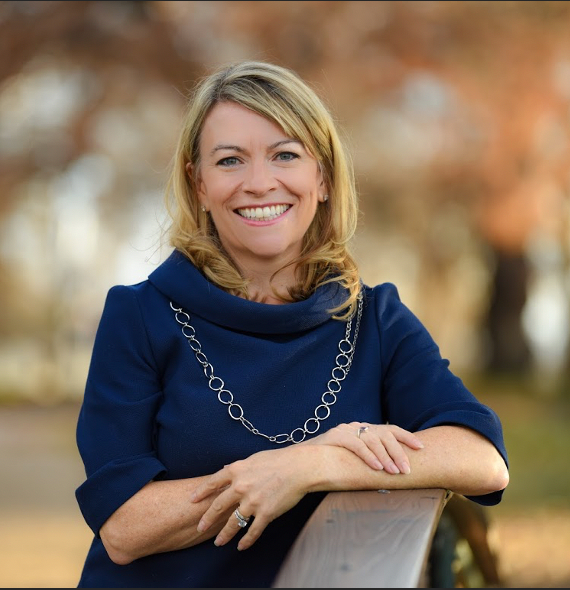 Too Good to Leave, Too Bad to Stay: How to Know When It's Time to Make a Job Switch

The Great Resignation means many of us are thinking critically about our jobs. Finding fulfillment in our work is a key component to a happy life. There are two important elements to finding work we love: doing something we're good at and doing something that we care about. Kendra Prospero, the CEO and Founder of Turning the Corner (Boulder, CO), will lead you through key topics that will help you achieve greater success and happiness in your career.

This webinar will help you:

Kendra Prospero is the CEO and Founder of Turning the Corner (Boulder, CO) and is one of the most passionate people around when it comes to work. She is adamant that no one should suffer at work and she’s not afraid to have the difficult conversations around what we all need to do to make work better.

Kendra founded Turning the Corner in 2011 and since then she has helped hundreds and hundreds of job seekers discover their unique strengths and talents, has given them tips and tricks for writing winning resumes, and taught effective strategies for leveraging the power of connections to create success and opportunity in the job search. She’s a dynamic and driven leader who is going to help you know when it's time to make a job switch! 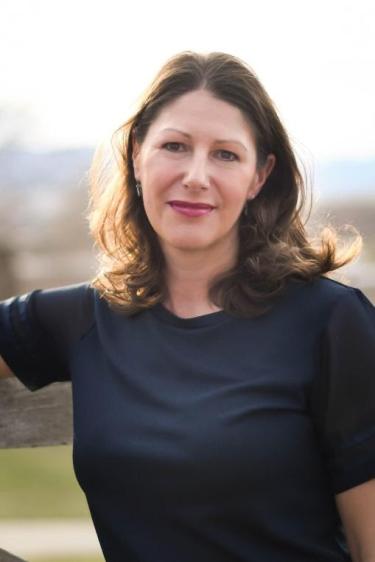 Dr. Jennifer Bone is an Associate Teaching Professor at the Leeds School of Business at the University of Colorado at Boulder. She received her PhD from the University of Colorado at Boulder (2007), her MA from Colorado State University (2000), and her BA from Cornell University (1997).
Jennifer’s research examines how communicative practices and cultural norms restrict marginalized groups from leadership advancement. Specifically, she focuses on conflict management and negotiation practices, and communicative norms in leadership. 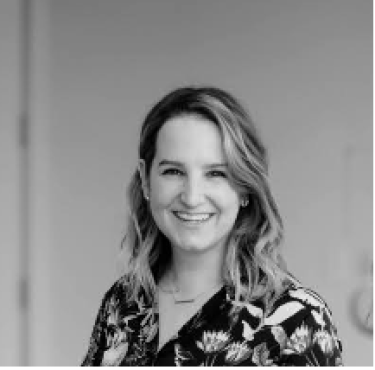 The Dating Renaissance: How COVID-19 Has Changed How We Date

Description:
The desire for people to connect is a basic human need – and that’s not going away. But, how people connect has changed as a direct result of the pandemic. People are turning to dating apps like never before, forcing innovation and a new mindset. Dating has become more intentional; dates are going beyond drinks at the bar. What you care about matters (the environment, politics). Since Gen Z are the largest population on dating apps, we will take a look at this generation specifically to explore what the dating app experience means to them.

Vicki Shapiro (CU Boulder alumna), Vice President of Global Marketing for Match Media Group. As Vice President of Global Marketing for Match Media Group, Vicki works with leading brands to bring their messaging to life across the portfolio of dating apps (Tinder, OK Cupid, Match, Plenty of Fish and more), connecting brands to some of the world’s most social and engaged consumers. With over 15 years of experience developing marketing programs, Vicki oversees the creative and research teams to support the sales staff worldwide. In addition, Vicki works closely with the product teams to ensure her partners continue to be offered the best in emerging technology.

Before joining Match Media Group, Vicki worked as VP of Digital for the Sports Division at Madison Square Garden. 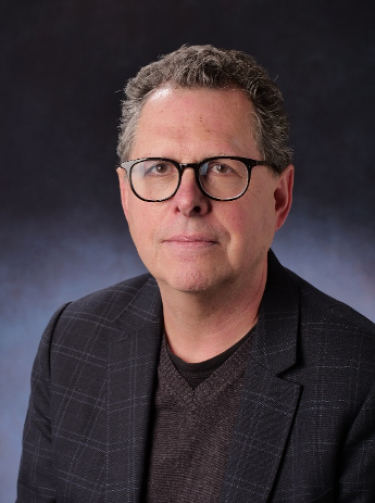 Description:
This webinar will cover Colorado’s response to the pandemic, from addressing the PPE shortage at the beginning to the state’s current plan for allocation of the 2021 American Rescue Plan Act funds. Join Pat Meyers, the state of Colorado’s Executive Director of the Office of Economic Development and International Trade and the Chief Economic Recovery Officer, as appointed by Governor Polis, for this presentation and Q&A session.

While at Hastings, Pat served as a clerk and intern for the U.S. Attorney’s Office (Civil and Criminal Division) and Department of Justice Antitrust Division, San Francisco.  After graduating from law school, Pat clerked for the Hon. Justice William Erickson of the Colorado Supreme Court, and thereafter was an attorney with Moye Giles in Denver.  He specialized in franchise, appellate, and transactional law.  Pat was a Special Assistant Attorney General representing the State of Colorado in criminal appeals from 1992 through 1994.  He has written numerous articles and has taught various continuing legal education courses.

Read More
In 1993, Pat was elected as a director for the Quiznos sandwich chain, then a public company.  In 1997 Pat started the general counsel’s office at Quiznos, and subsequently became an owner of the company until January 2012.  Pat served at various times as the head of Quiznos Legal, Finance, Administration, IT and HR.  Pat subsequently became a Partner, Managing Director and the Chief Legal Officer for Consumer Capital Partners. Pat was an owner of CCP’s newest venture, Smashburger until the chain’s sale in 2018, and up until October 2016 was a director for CCP, as well as a board member for Smashburger and chair of the CCP and Smashburger audit committees.  Pat also served on the compensation committees of both companies and the investment committee for CCP.

In December 2017, Pat was appointed the Chief of Staff to Colorado’s Governor John Hickenlooper and served in the role until the Governor’s term ended in 2019.  Pat was a Senior Advisor to now Sen. Hickenlooper and was a board member of his Senate campaign.  Pat was Chief Operating Officer of Gov. Hickenlooper’s U.S. Presidential Campaign.

In March 2020 Pat was appointed the Constrained Medical Supply Team Leader
for the State of Colorado’s Covid Innovation Response Team, where he led the team obtaining PPE and other medical supplies for the State.  In 2021, Pat was awarded the Colorado Governor’s Citizenship Award for his work on the Covid Response Team.

In March 2021, Pat was appointed by Governor Polis as the Executive Director of the Office of Economic Development and International Trade and as the Chief Economic Recovery Officer for the State of Colorado. 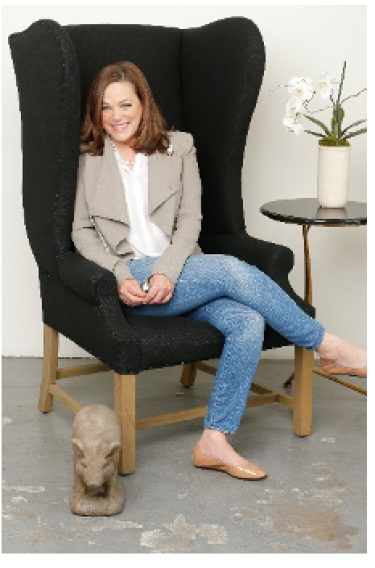 The Future of the Real Estate and Design Industries: How COVID-19 Has Reshaped Our Concept of Home

Description:
In the past year, we've spent more time in our homes than ever before. Both the real estate and interior design industries are booming. In this webinar, Meridith Baer, founder of Meridith Baer Home, the nation's largest home staging company, will speak to the post-COVID future of real estate, the importance of staging, and design tips and trends to make any home a more beautiful place in which to live and work. 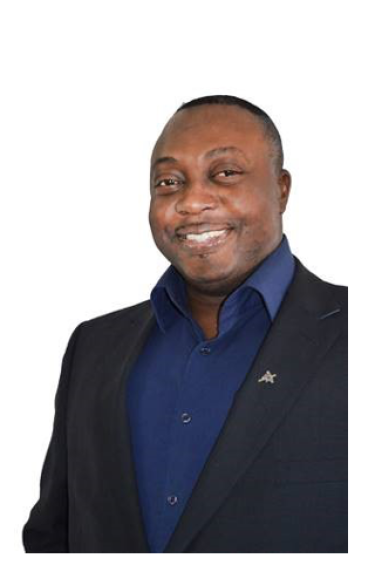 Music & the Culture of Epidemics: How We Missed Important Clues for Stemming the Social Fallouts of COVID-19

Description:
The violent and sometimes near-bloody responses to the implementation of guidelines meant for stemming the spread of the coronavirus disease this past year has been cause for concern in many quarters of public health and public policy. Equally disturbing are the conspiracy theories that emerged soon after the WHO elevated the COVID-19 to a pandemic. Many have thus described our experience with the disease as unprecedented.

Read More
But is it really? Drawing from more than a decade of study of musical responses to epidemics and plagues, this presentation demonstrates that whereas medical science still possesses the best means of understanding and documenting patterns of disease epidemics, including its morbidity, modes of transmission, and treatment, it does not account for cultural ways of responding to epidemics. I suggest that culture as human ways of being in the world is best predicted in the expressive forms including music in which people’s thought patterns and symbolisms, which they often deploy in times of complex world events find expression and articulation. This presentation is an opportunity to further unpack a theory that I formulated in the course my research that when non-finite factors such as sociocultural, economic, and political conditions recur or persist in any environment of disease epidemics, human behaviors are bound to remain the same or at least similar regardless of space and time differentials. The question then is, why did we miss the clues that could have helped us anticipate some of sociocultural fallouts that have proven negatively consequential in the US and world responses to the COVID-19? Can music still serve as an archive of cultural knowledge that may prove useful in future epidemics?

Austin Okigbo is an associate professor in the College of Music, and affiliate faculty in Ethnic Studies, and Global Health. He directs the CU World Vocal Ensemble, which has featured with the world famous South African vocal group, The Ladysmith Black Mambazo, and the multi-award-winning popular musician and activist Johnny Clegg. As a public scholar, Okigbo has featured in a number of local and international radio and television programs including BBC, Channels TV Lagos, Nigeria, and Black Radio Consortium as contributor and analyst on the entertainment industry, and cultural education and policy.

Can't make the webinar at the scheduled time? No problem!
Register for the webinar anyway and you'll receive an email with a link to the recording after the webinar has ended. You can watch it anytime.

Are you a career related content expert and would like to present a webinar?
Apply to be a webinar host at the Leeds Webinars Hosting Application.