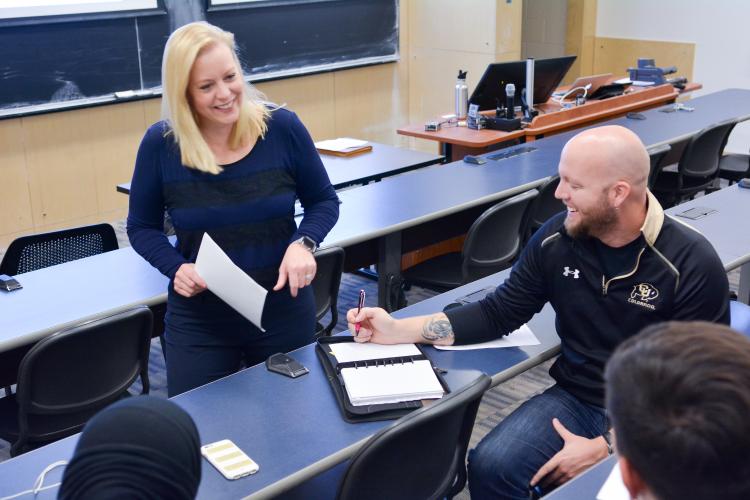 When Steve Dunn (ArchEngr’69) was a student at CU Boulder, he had several summer jobs in the heavy construction field that introduced him to life in the business world.

But he said plenty of his classmates didn’t get the same exposure, and thus weren’t as prepared after graduation.

“It can be a huge leap for students,” Dunn said. “Engineers have to be able to lead a team. Companies want management leaders, not just someone who can crunch numbers all day long.”

That’s why he has been a longtime supporter of the Engineering Management Program’s opportunities for undergraduate engineers, which now include a minor and a certificate. In fact, creating those opportunities was one of the reasons he agreed to serve on the College of Engineering and Applied Science’s Engineering Advisory Council 10 years ago.

“My motivation to be a part of it was to enhance the educational pursuits of undergraduate engineers so when they walk out they really could command a job,” he said.

To further his support, Dunn recently made a $500,000 gift to create the Stephen M. Dunn Professorship, which will endow the faculty director of the EMP undergraduate program, a position currently held by Christy Bozic.

Under Bozic’s leadership, the program has grown by leaps and bounds over the past few years, from merely surviving to struggling to find space for all of their classes, Dunn said. There were more than 900 student enrollments in EMP courses for the 2016-17 academic year.

“Christy was the most unbelievable find,” Dunn said. “My family and I supported the effort with this endowment because we wanted to make sure in perpetuity there would always be the Christy’s of this world to lead the undergraduate program.”

Bozic, in turn, is excited about the opportunities the endowment will create for students.

“Because of Mr. Dunn’s generosity, we will be able to offer more courses and expand current course offerings to all students in the college,” she said.

When Dunn dropped in on a recent undergraduate EMP class, he was thrilled to learn that every student had a job lined up after graduation.

“It’s so gratifying to know that the kids that are coming out of this great institution have the opportunity to be exposed to the outside world of business,” Dunn said. “There are not many schools that provide this avenue of education.” 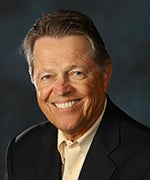 Steve Dunn is the chairman and CEO of Romar Company, a real estate development, brokerage and property management company he founded in Kansas City, Mo., in 1980. Prior to that, he held senior management positions with Swinerton-Walberg Builders in Los Angeles, the Koll Company in Newport Beach and Universal Land Development Company in Kansas City. Additionally, he has been the CEO of a medical software firm, Ergo Partners, which was sold to Cerner Corporation in 1997 and has been the lead independent director of two publically held banks, 1st National Bank (FCBP) headquartered in San Diego and Pacific Western Bank (PACW) in Los Angeles. Dunn is involved in various civic affairs and holds several charitable board positions. He earned his BS in architectural engineering from CU Boulder and an MS in engineering management from the University of Alaska.