Self-assembled quantum dots in a nanowire system for quantum photonics

Self-assembled quantum dots in a nanowire system for quantum photonics

Quantum dots embedded within nanowires represent one of the most promising technologies for applications in quantum photonics. Whereas the top-down fabrication of such structures remains a technological challenge, their bottom-up fabrication through self-assembly is a potentially more powerful strategy. However, present approaches often yield quantum dots with large optical linewidths, making reproducibility of their physical properties difficult. We present a versatile quantum-dot-innanowire system that reproducibly self-assembles in core–shell GaAs/AlGaAs nanowires. The quantum dots form at the apex of a GaAs/AlGaAs interface, are highly stable, and can be positioned with nanometre precision relative to the nanowire centre. Unusually, their emission is blue-shifted relative to the lowest energy continuum states of the GaAs core. Large-scale electronic structure calculations show that the origin of the optical transitions lies in quantum confinement due to Al-rich barriers. By emitting in the red and self-assembling on silicon substrates, these quantum dots could therefore become building blocks for solid-state lighting devices and third-generation solar cells. 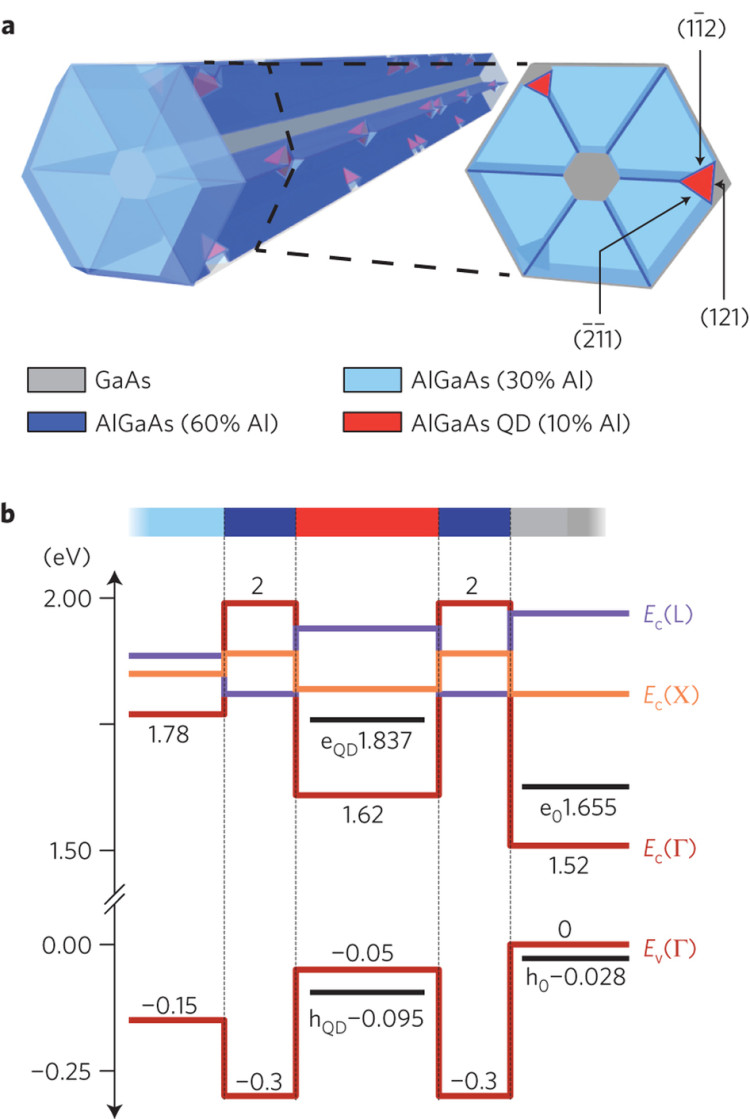 Tags:
Return to the top of the page