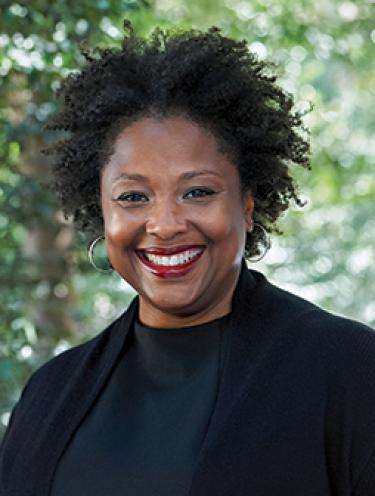 Professor Deborah N. Archer, president of the American Civil Liberties Union and professor of Clinical Law at New York University School of Law, will join the Colorado Law community on April 14, 2022 to deliver the 64th annual John R. Coen Lecture. The lecture, co-sponsored by the ACLU of Colorado, is titled, “The Power and Persistence of Racism.”

In addition to her leadership position with the ACLU, Archer co-direct's NYU Law’s Civil Rights Clinic, co-directs the law school’s Center on Race, Inequality, and the Law, and serves as co-director of the Arthur Garfield Hays Civil Liberties Program. A leading expert in civil rights, civil liberties, and racial justice, she is an award-winning teacher and legal scholar whose articles have appeared in leading law reviews. She has also offered commentary for numerous media outlets, including MSNBC, National Public Radio, CBS, Monocle, The Atlantic, and The New York Times.

Archer is a graduate of Yale Law School, where she was awarded the Charles G. Albom Prize, and Smith College. She previously worked as an attorney with the American Civil Liberties Union and the NAACP Legal Defense and Educational Fund, Inc., where she litigated in the areas of voting rights, employment discrimination, and school desegregation. Archer is also a former chair of the American Association of Law School's Section on Civil Rights and the Section on Minority Groups. She previously served as Chair of the New York City Civilian Complaint Review Board, the nation’s oldest and largest police oversight agency.

The Coen lectureship was established in 1955 in memory of John Coen, a distinguished member of the Colorado bar and an able public speaker. The lectureship seeks to bring a prominent and distinguished lawyer, jurist, or scholar of law to deliver an annual lecture to Colorado Law’s students, faculty, and alumni on a legal subject of interest and benefit to the profession, preferably with some public or political aspect.