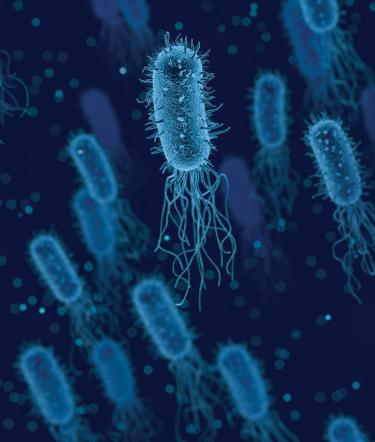 With antibiotic-resistant “superbugs” infecting 2 million people per year, and a dearth of new medications in the pipeline to treat them, CU Boulder researchers are taking a novel approach to addressing the looming public health crisis:

“We believe the compounds we’ve discovered have the potential to rejuvenate existing antibiotics—to make bacteria that are now insensitive to multiple drugs sensitive again,” said Corrie Detweiler, a professor of Molecular, Cellular and Developmental Biology (MCDB) who recently launched a new company, Bactria, to turn her laboratory discoveries into life-saving new treatments.

More than 23,000 people die annually in the United States from bacterial infections that have evolved to resist antibiotics. Thousands more suffer life-threating bouts with once-easily-treatable illnesses like strep throat, urinary tract infections and pneumonia. And some forms of tuberculosis and gonorrhea are now resistant to all available drugs.

“As our antibiotics work less and less, we risk essentially going back to a period 200 years ago when even a minor infection could mean death,” Detweiler said. “Even the risk from routine procedures like knee surgery is going to go up.”

Most antibiotics in use today were developed in the 1950s, and the last time a new class of antibiotics hit the market was in 1984, according to the Pew Charitable Trust.

“With industry largely turning away, it’s up to academic labs like ours to step up and help feed the pipeline,” Detweiler said. 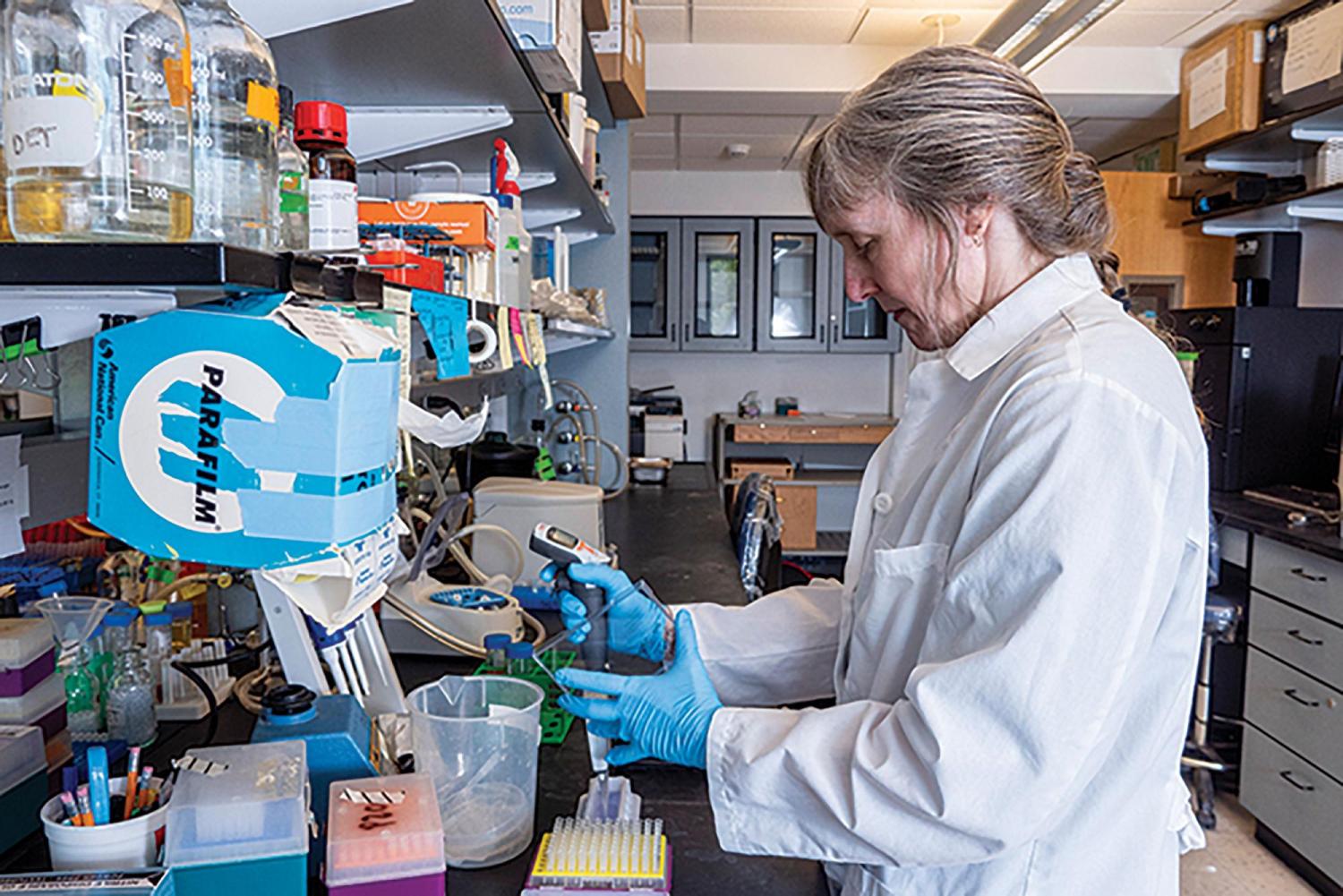 A new way to fight superbugs

With help from a $50,000 Research & Innovation Seed Grant in 2015, Detweiler developed a new technique called SAFIRE for screening for new compounds with anti-microbial properties.

“The old way of discovering antibiotics helped us get to the low-hanging fruit, but that stopped working a long time ago,” she said.

Rather than pour potential new antibiotics into a test tube teeming with bacteria, as in the past, SAFIRE uses cutting-edge cell imaging techniques to observe what the compounds do to mammalian cells infected with bacteria over 18 hours.

Of 14,400 candidates screened, her team has zeroed in on five with strong potential.

They work not by killing the bacterium itself, but by getting inside it and shutting off cellular machines called “efflux pumps,” which bacteria use to protect themselves from both antibiotic medications and the body’s own immune-boosting proteins.

“Bacteria are really smart, and they have learned to use these pumps to pump out whatever we throw at them to kill them,” said Edward Yu, a professor of pharmacology at Case Western Reserve University. “The compounds Corrie is working on inhibit those pumps.”

From bench to bedside

Because the compounds don’t kill the bacteria themselves, the bacteria don’t learn to resist them, a fact that could give the treatments more staying power than conventional antibiotics.

The compounds are also potent.

In one study, they synergized with the common antibiotics erythromycin and ciproflaxin to reduce replication of Salmonella in cells by 20-fold. Preliminary results also show they work in animals, reducing bacterial load eight-fold.

She recently filed for an international patent. And through her new company she hopes to move to the next phase of testing. The ultimate goal: To save lives.

“If you had a patient who had an infection that was resistant to available antibiotics, you might someday be able to treat them by giving them one of our compounds in addition to the antibiotic,” she said. “It could not only make the old antibiotic work better but also make the patient’s own immune system work better. It’s exciting.”