Making the most of opportunities, aerospace student explores software engineering

When spring classes went remote in an effort to stem the spread of the coronavirus, CU Boulder undergraduate Jaret Anderson took the switch to online learning in stride.

One of his hobbies is video gaming, where he spends time in online communities, maintaining friendships with people across the country through the use of streaming software such as Zoom or the voice app Discord. 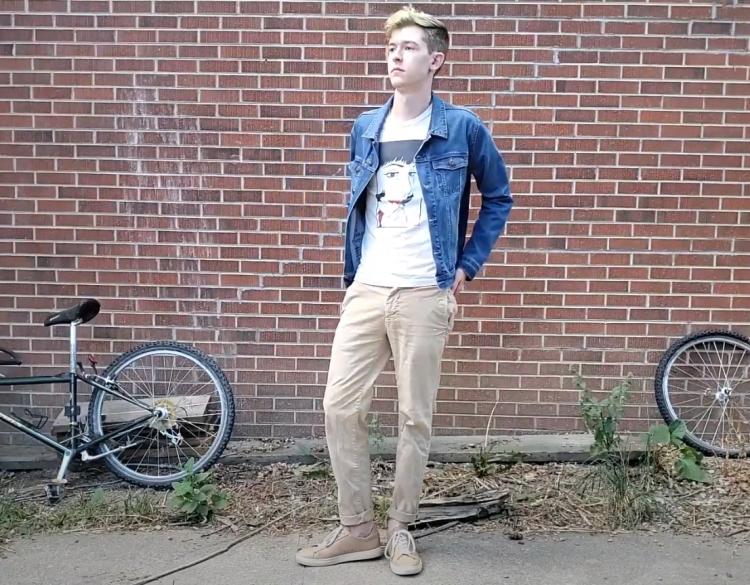 “I play games that are multiplayer and team-based so I can play them with my friends, talk and hang out while we’re playing,” Anderson said. “A lot of times it ends up being less about the game and more about just being with my friends. Communicating online is normal.”

Not only is the senior OK with online learning, he has put his experience to use in teaching a bit, too.

“Though Zoom can be cumbersome,” Anderson said, “it is common and many people have used it to keep in touch during the pandemic. For example, my dad, who is in the broadcast industry, has been doing a webcast series.”

Anderson’s father is the director of the Fort Collins Baseball Club for elementary and middle school kids. Because the pandemic happened just as the recreational baseball season was about to start, his dad wanted an activity that could replace the canceled practices and games, so he organized hourlong webcasts featuring former major league baseball players. To fill an empty slot one evening, Anderson volunteered to give a Zoom talk about his experiences in engineering, how he got from being their age in middle school playing baseball to being a 21-year-old engineering student. He also describes how college experiences can lead to new discoveries.

While Anderson intended to pursue an aerospace engineering career, an opportunity to work on a software engineering project has changed his focus.

Anderson was working on a student project with the Colorado Space Grant Consortium (COSGC) as a systems engineer when he also had an opportunity to work on software engineering. The experience was so satisfying, Anderson has decided to change his career path.

“I stumbled into it by accident,” he said. “Software is a big component of my major, especially in the labs, but it’s not the focus of the major. Software is a tool to accomplish the science we are doing. I ended up loving it.”

After an internship as software engineering intern at Lockheed Martin, the experience and skills he learned working on software for the student project at COSGC enabled him to land a second internship at the company, working entirely online.

Instead of starting over with a new major, Anderson is focusing on taking classes in the aerospace curriculum that use software engineering.

“After the master’s—well, I’m trying to figure it all out,” he said. “I’m applying for internships for this summer, for one that’s at the intersection of software engineering and visual media production. I’m working with CU videographers making Lightbulb Moments (a video series). I’ve always been interested in videography. I just love it. There’s a lot of really creative stuff you can do with video production if you use software to help you.”

Being adaptable, being open to new discoveries and taking advantage of diverse opportunities remain integral parts of the college experience, whether real or virtual, even during the challenges of a pandemic. Buffs soccer captain Hannah Sharts talks about playing every minute, scoring as a defender and how she’s using her name, image and likeness to help promote female student-athletes. END_OF_DOCUMENT_TOKEN_TO_BE_REPLACED Each year, the College of Music is eligible to award a $7,500 fellowship to an incoming graduate student. Olivia Huizar Conner, who is pursuing a master’s in flute performance, shares how her background—and the fellowship—inspire her to promote diversity and inclusion in music. END_OF_DOCUMENT_TOKEN_TO_BE_REPLACED Phil, Alex and Dom Miceli have a lot in common, especially their choice in college education—the three brothers are all aerospace engineering students at CU Boulder. END_OF_DOCUMENT_TOKEN_TO_BE_REPLACED
Return to the top of the page