Could a thin, film-like coating replace your air conditioner one day? It’s not out of the question, thanks to a newly engineered material that deflects incoming sunlight while allowing structures to shed their own heat naturally—all with zero energy consumption. Consider it Saran Wrap with a sci-fi twist.

Like most objects, buildings release stored heat in the form of infrared radiation, primarily at night; think of a park bench warming at noon before cooling again at midnight. That radiation effect also occurs during the day but is often overwhelmed by even the smallest amount of direct sunlight, which causes objects to retain more heat while limiting the ability to release it. The basic physics create challenges for temperature regulation, especially at data centers and power plants, which use large amounts of water and electricity to cool their machinery.

CU Boulder mechanical engineering professors Ronggui Yang and Xiaobo Yin set out in search of a cheaper, greener solution and quickly realized they would need to get creative.

“No natural material can do it, so we had to invent it,” Yang said.

Yang and Yin wanted to engineer a “metamaterial” that provides a onetwo punch: reflect incoming solar rays back into the atmosphere while providing a means of escape for an object’s own heat. 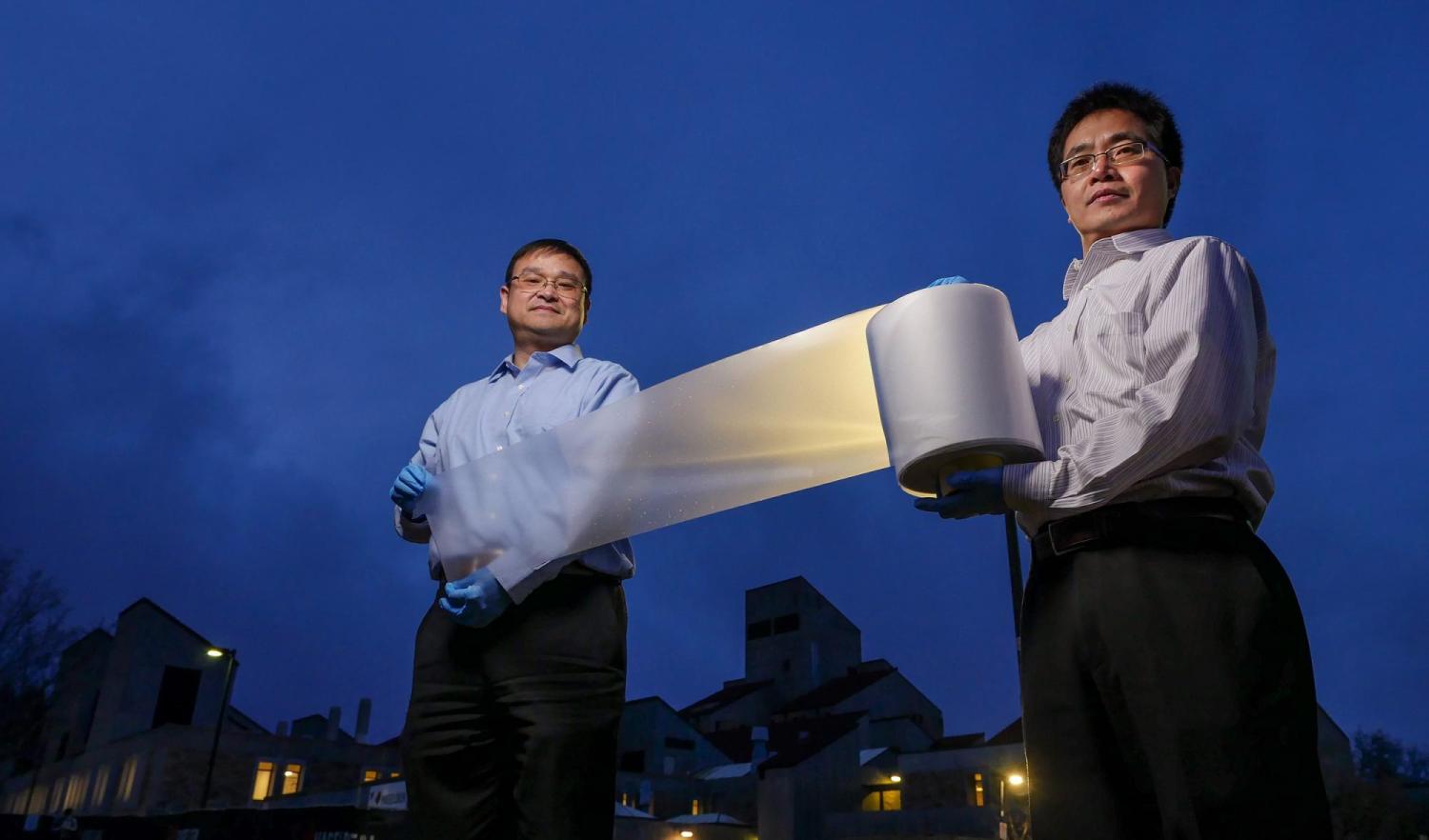 Using a printing press-like machine, the researchers developed a twolayer film that’s about as thick as aluminum foil and spools easily onto rolls. The first layer is a silver coating tha reflects maximum amounts of direct sunlight, while the second layer contains visibly scattering glass microspheres that allow infrared heat to pass through. The result: nighttime-level cooling, even during the day.

“The key advantage of this technology is that it works 24/7 with no electricity or water usage,” Yang said.

While the film can’t cool a building all by itself—yet—it does provide a low-cost, scalable means of supplementing existing cooling systems and reducing energy consumption overall. Even stretching the film across a conventional solar panel can improve that panel’s efficiency by 1 or 2 percent, providing tremendous cost savings at scale. 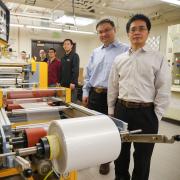 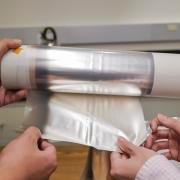 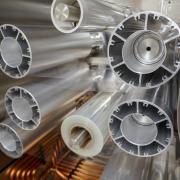 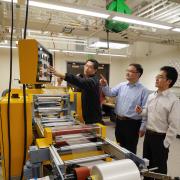 Furthermore, the metamaterial is lightweight and adaptable to many shapes and sizes, lowering the barrier to entry for manufacturers and potentially hastening the technology’s path to residential and commercial use.

“We feel that this low-cost manufacturing process will be transformative for real-world applications,” Yin said.

The invention sparked worldwide interest when announced earlier this year. Yang and Yin have received dozens of messages asking about commercial applications for their metamaterial. Among those interested were a civil engineer in Brazil, a roofer in Fort Collins and a condo owner in Palm Springs.

The researchers have patented the metamaterial and are exploring partnerships for bringing it to market. Meanwhile, they have built a 200-square-meter “cooling farm” in Boulder to continue refining their prototype. With summertime temperatures rising and Colorado homeowners reaching for their AC controls, it was easy to envision a bright future for the technology.

“We’re excited about the opportunity to explore potential uses in the power industry, aerospace, agriculture and more,” Yang said. 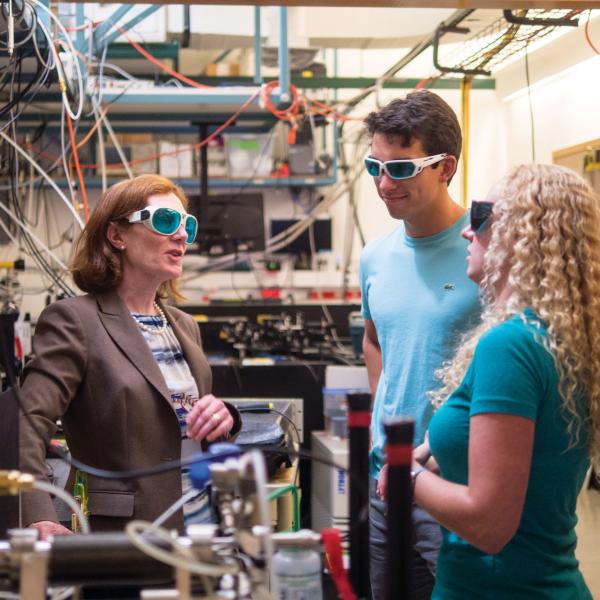 From beer to battery The tiniest of stethoscopes 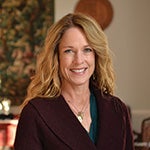 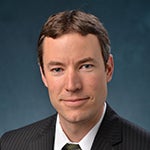 Development, application and optimization of laser-based sensors for combustion, industrial and environmental systems